Americans are crazy about sports. The Gallup Poll shows that nearly 6 out of 10 Americans are sports fans. 1 in 4 American adults play sports today, but almost three-quarters of them played sports when they were younger. The good news is that if you love sports, there are plenty of travel destinations that are a sports fan’s delight: 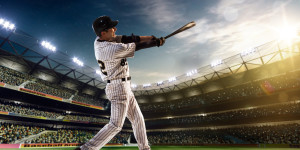 1. The Baseball Hall of Fame.

Get yourself to Cooperstown, NY to visit the world-famous Baseball Hall of Fame and Museum. It features more than 60,000 square feet of exhibit space displaying countless treasures from baseball’s past, with the highlight being bronze plaques of the current 312 Hall of Fame members.

Cooperstown itself is charming. Visitors can get around on old-fashioned trolleys that go from Main Street to the museums in town. Cooperstown’s special events range from an annual canoe regatta and baseball games at Doubleday Field to crafts shows, harvest festivals, car shows, special Christmas activities, and golf tournaments at the Leatherstocking Golf Course.

Many of us dreamed of being pro athletes when we were kids, and though it didn’t pan out, sports camps are about the closest you can get to reliving the dream.

At the Chicago Cubs Fantasy Camp, you get to shag pop flies and swing for the fences at historic Wrigley field while wearing a personalized Cubs uniform. And former Cubs players are on hand to manage the games you play with and against other participants.

If football is your sport, consider the Notre Dame Football Fantasy Camp, where you get instruction from Notre Dame’s head coach, his assistants, and former Fighting Irish players.

With 75 million fans and an estimated $3 billion in annual sponsorships, NASCAR is now the most popular spectator sports in the United States. No wonder travel companies are falling over one another to meet the demand, selling vacation packages for the Daytona 500 and other major NASCAR races.

NASCAR driver Richard Petty offers fantasy racing camps, but it’s more than a fantasy, as you get to drive a real race car on a real racing track. Norwegian Cruise Lines now has a NASCAR-themed cruise to the Caribbean featuring race car drivers who will answer questions and sign autographs.

4. The Boxing Hall of Fame.

Boxing fans may want to consider a trip to the International Boxing Hall of Fame in Canastota, NY. Their mission, as stated on the Hall of Fame’s web site, is “to honor and preserve boxing’s rich heritage, chronicle the achievements of those who excelled, and provide an educational experience for our many visitors.”

Canastota, New Yorkwas selected as the home of the Boxing Hall of Fame because two of its native sons, Carmen Basilio and Billy Backus, held championship belts in the middleweight and welterweight divisions respectively.

5. The Football Hall of Fame

Canton, Ohio’s Pro Football Hall of Fame pays homage to the gridiron&#39;s greats. Renovated and expanded in 2013, the Hall now includes interactive exhibits, like an Instant Replay challenge where visitors can play referee and decide whether to overturn or confirm rulings on the field. The Football Hall of Fame was built to “honor the heroes of the game, preserve its history, promote its values, and celebrate excellence.”

The 8 Best Cities for Bachelor and Bachelorette Parties

Find Flavorful Food on Your Vacation